Females in STEM
By Michaela Blair
When it comes to women and girls in careers, there has been a massive improvement in the medical fields, business, and law. As of today, it is no longer uncommon to see successful females as doctors, nurses, lawyers, attorneys, and even entrepreneurs. While all this is amazing news to hear, females are still on the lower spectrum in STEM fields. Yes, there was a bit of an increase of females studying for STEM careers in college, but research shows that the percentage has dropped. More females are leaving STEM jobs. Why? Because there is a huge problem with gender equality throughout the United States, and in some other places as well. According to the World economic forum, (as of 2018) it will take about 108 years to close the gender gap. So far, the biggest gaps to close are in the economic and political empowerment fields. Which should take about 202 and 107 years to close. Out of 100 percent, Economic participation and opportunity sub index is at 59%, Educational attainment sub index is at 95%, Health and survival sub index is at 96%, and political empowerment is at 22%. Some even claim that women just simply aren’t for STEM. Although this may seem ridiculous, it might not be a hundred percent incorrect. You see, the female and male brain are different from each other. Research shows that the female brain excels at verbal tasks such as engaging with, manipulating, recalling spoken information, understanding written or spoken information, and solving language-based problems (Logical, social, literary). The male excels at ‘special tasks’ such as sports, technology, chemistry, science, etc. (mostly athletics). This is often used as an argument to try to prove that women shouldn’t be in STEM. However, scientifically, this brain difference means almost nothing, and females should be able to function appropriately in these fields. There are a handful of females who have become famous for their intellectual abilities and have proved themselves to be equal to the male gender. Countries with less gender equality have more women in STEM. That’s crazy! Let’s look at how we can step in the right direction for the next generations of women to come.

Younger girls, around middle school age, are in fact interested in STEM. Research shows that about 74% of middle school girls have an interest in stem subjects. But once they reach high school, the percent starts to drop. The American Association of University Women (AAUW) shows that the environment a girl is in can affect whether they take an interest in STEM programs or not. Findings show that girls who believed in the power of experience and comprehension increased their intelligence and were more likely to do better on math tests. They also showed that they expressed more interest in pursuing science classes in the future. The opposite belief showed that they were more likely to do not as well on math tests and did not want to pursue a career in STEM and decided to go for the more ‘feminine careers instead’. For example, in places like Sweden and Iceland where girls are treated as equals, they did just as well or even better than their male classmates. Meanwhile in places like turkey where gender inequality is greater, girls showed worse on math tests than their male classmates.  As you can see, it isn’t that females are incapable of pursuing STEM careers, but the environment they grow up in can influence their choices. Maybe they just don’t want to pursue a STEM career. It’s all ok if you don’t want to. Another one of these influences may be that colleges, universities, and workplaces aren’t making enough changes to accommodate these female students. In middle schools, there are more options and support for girls interested in these fields and help to build upon these skills. There may be science fairs, or even clubs such as robotics that openly invite anyone to join. However, outside of middle schools, this support diminishes—along with the number of women in STEM. Research shows that if Colleges and universities would just adjust small things in the science and technology departments such as introductory courses with broader field overview could really increase the amounts of females students who enroll and stay in STEM degrees. An anonymous female source from Catonsville middle that is interested in STEM career states, “It’s absolutely Ludacris”. 7th grader Francesca Strokbine notes, “I think girls should be educated more in STEM subjects in middle school, because while this is where our interests develop, this is also where girls start to drift away from STEM subjects.”. I hope we all take this day to take into consideration about the women and girls is STEM right now and the ones before that have placed the foundation for young girls today. Also, next month is Expanding Girls' Horizons in Science and Engineering Month!
​
Sources: https://www.builtbyme.com/lack-of-women-in-stem-reasons/ 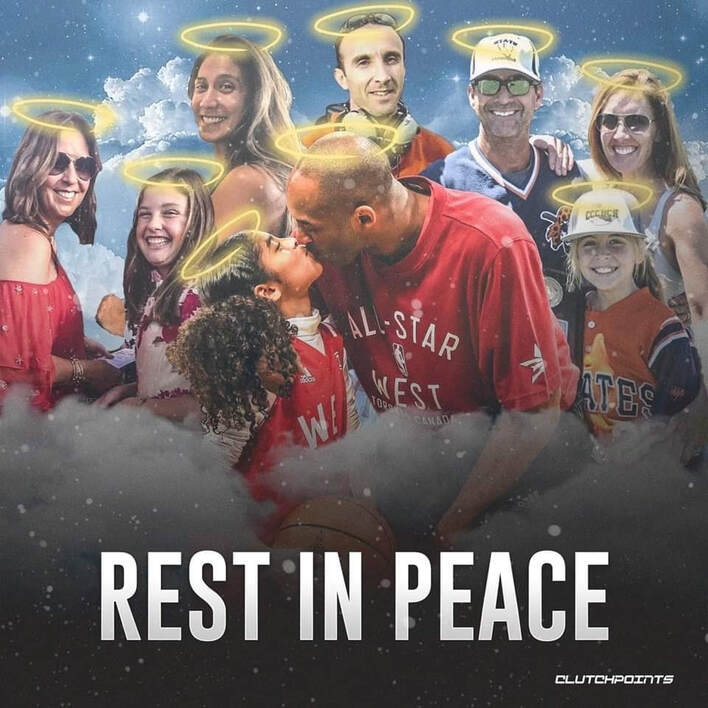 As you may know there was a helicopter crash on Sunday 1-26-20 killing 9 people. These people where Gianna and Kobe Bryant, Payton and Sarah Chester, Ara Zobayan, John Altobelli, Keri and Alyssa Altobelli. and Christina Mauser. Most attention was turned to Kobe Bryant and his daughter Gianna, Also there is a memorial in front of Staples Center to honor Kobe Bryant
​Good News Around the World!          11-13-19
A man with no kids of his own pays off lunch debts for every child in nine Florida Schools. Disabled student can pursue her dreams of being a musician after teens build her a specialized prosthetic.
A Handy History of the Holidays
By Lily Stysley
Ever felt curious about the holidays that your family have been celebrating for decades? Thanksgiving, the Winter Solstice, and New Year's Day/Eve are three holidays that there is still a lot more to learn about. The first holiday China, Germany, Japan, Canada, and more all celebrate; it’s Thanksgiving! It all started with the Pilgrims arriving in North America on the Mayflower. The Indigenous people taught them how to survive there.  So, both shared a feast to celebrate their help and friendship. Of course, the peace did not last long and the Native Americans were terribly mistreated. For this reason, this holiday does not symbolize the feast or the mayflower for some people, instead it symbolizes love and thanks, along with a good excuse to visit family. But this story is very well-known and one that is not commonly known is the Winter Solstice. This holiday will be on Saturday, December 21, and happens twice a year in each hemisphere. People celebrate this event with a tradition of burning a yule log all throughout the night as a symbol of light on the darkest night of the year. They can also celebrate it with feasts, bonfires, songs, and dances. Last but definitely not least, the New Year. Lots of people celebrate this in different ways and times. It was originally created in Rome and a main reason it continues is for fun. Staying up till midnight, making resolutions for the new year, and reconnecting with friends, family, and colleagues are all some favorite ways to celebrate this holiday. Whether or not a holiday symbolizes love, thanks, light, or friendship, these holidays are a great excuse to meet with family and friends and just have fun.
Holiday traditions from our own at CMS

Christmas isn’t just about getting and giving gifts, it also about being with family which means great food! I mean we all know the classic meat loaf and Christmas stuffing (which is a thing) and hot chocolate. Then you have you peach cobbler and apple pie and ice cream. Then you try to fall asleep but end up getting 3 hours of sleep waking your parents up at 4 wanting to open gifts. But really let’s think out sided the box with other Christmas eve meal ideas from our own here at CMS.
​
Conor 6th grade: We have a German dish which is pork covered in bread crumbs and a kind of noodle dumpling.